Paysign has assembled a highly experienced cadre of industry experts armed with decades of knowledge in their respective fields. 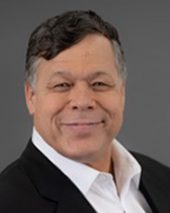 Mark Newcomer has been the face, voice, and backbone of Paysign since 2006.

For nearly 20 years, Newcomer has also served as chairman and CEO of 3PEA Technologies, Inc. (a subsidiary of Paysign Inc.), the payment solutions company he co-founded in 2001. Today, Newcomer continues to expertly guide the company's growth through technology investments, acquisitions, new product lines, and strategic partnerships.

He attended Cal-Poly San Luis Obispo where he majored in Bioscience. 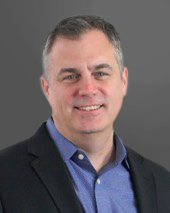 Matt Lanford joined Paysign in 2019. Lanford has more than 30 years of experience in the payments industry. Prior to joining Paysign, he was the SVP/GM of the financial services division of InComm. While at Incomm, Lanford led the company’s consumer-facing Vanilla suite of products which includes prepaid consumer solutions like Vanilla Gift, MyVanilla general-purpose reloadable cards, and the VanillaDirect cash-in network.

Prior to InComm, Lanford held a variety of different roles at Mastercard in both product management and strategy development. His roles with Mastercard include service with investor relations, the Global Prepaid Product & Solutions Group, and as the Prepaid Product Lead for Europe based in London.

In 2012, Lanford was named the Most Influential Figure in European Prepaid Industry in the top spot of the Prepaid Power 10 by a panel of his peers and was again recognized in 2013 as the number one in the European 2013 Payments Power 10.

Earlier in his career, Lanford worked for Citigroup in the U.S. and internationally with Euronet Worldwide, Inc., holding positions in Budapest, Hungary and the U.S.

At Paysign, Lanford is responsible for managing and expanding Paysign’s suite of prepaid products.

He earned his Bachelor of Science in Computer Science from the University of Arkansas at Little Rock. 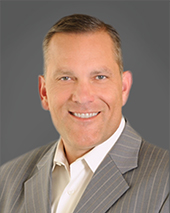 Prior to joining InComm in December 2011, Mr. Baker was Chief Development and Strategy Officer at Global Payments Inc. (NYSE:GPN), one of the world’s leading payment processing companies. While at Global, Mr. Baker completed acquisitions and divestitures in the United States, United Kingdom, Philippines, Russia, Bosnia and Herzegovina, and Spain. In addition to his former role, Mr. Baker was also responsible for the Treasury and Product departments for Global.

Mr. Baker serves as a Georgia Regional Director of Birmingham, Alabama-based ServisFirst Bank (NASDAQ: SFBS). Additionally, Mr. Baker has served as a board member of CardCash and KargoCard as well as a board observer to Instant Financial. Mr. Baker has served as a guest on various international speaking panels including the Southern Center for International Studies, Georgia State University, and the Association for Corporate Growth. 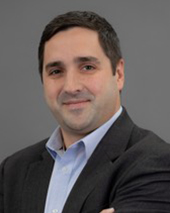 He also served as chairman of the board of directors for Commonwealth Theatre Center, a non-profit youth conservatory and outreach program serving all of Kentucky and southern Indiana.

Strobo received his bachelor's degree from the University of Kentucky, and his J.D. from DePaul University College of Law. 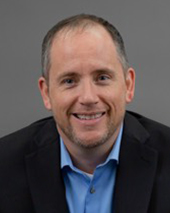 Eric Trudeau joined the brand in 2018. Prior to joining Paysign, Trudeau was with Global Cash Card, Inc., Sunrise Banks, and Meta Payment Systems.

Trudeau is responsible for leading the internal processes for promoting and ensuring the company's compliance with laws, regulations, and company policies. Trudeau also oversees the brand’s enterprise-wide compliance risk management. He has over 20 years of experience working in the card industry, focusing on prepaid and credit products.

Trudeau has an undergraduate degree from South Dakota State University and is a certified member of the Association of Certified Anti-Money-Laundering Specialists (CAMS). 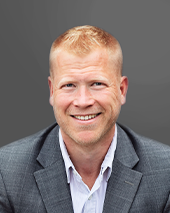 Brad Cunningham joined the Paysign executive team in July 2021. He has more than 17 years of experience with technology and software development and API integration architecture in the fintech industry.

Prior to joining Paysign, he served as senior vice president and managing director of IT strategy and services at Republic Bank & Trust Company. Cunningham specializes in assembling and directing teams that build and implement fintech solutions in complex, multi-vendor environments.

Cunningham is responsible for planning the roadmap for evolving Paysign’s architecture and technology stack to meet the company’s strategic short- and long-term goals. 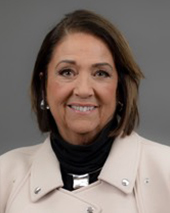 Joan Herman joined the brand in 2017. She was appointed to the Board of Directors just a year later. Prior to joining Paysign, Herman served as the senior vice president in the payments division of Sunrise Banks. She’s also worked with UMB Bank in Kansas City, MO, Boatmen's Bank (now Bank of America), Heartland Bank, and served as a director at Heartland Payment Systems between 1997 and 2006.

Herman began her career in payments nearly 30 years ago, holding various management positions in operations, product development, sales, and marketing on both the issuing and acquisition sides of the card business.

She is responsible for executing and implementing the daily operations of the organization.

Herman is a member of the board of directors of the Innovative Payments Association (IPA) and currently serves as treasurer. She received her undergraduate and graduate degrees from Webster University. 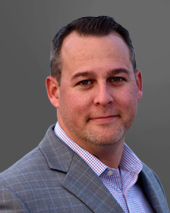 Matthew Turner joined Paysign in 2019. Prior to joining Paysign, Turner served as director of product management and patient affordability at TrialCard, a payments provider to the pharmaceutical industry. He brings more than 10 years of specialized experience and in-depth pharmaceutical product knowledge.

At Paysign, Turner is responsible for leading the company’s patient affordability business activities and overseeing client services. Since joining the company, he has also penned a white paper titled Navigating the Insulin Affordability Act.

Turner is a certified Project Management Professional (PMP) and is a member of the American Pharmacist Association. 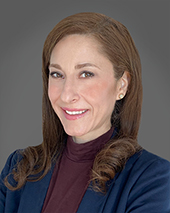 Alicia Ches joined Paysign in 2020. She is an experienced marketing professional with over 10 years in the payments industry, as well as more than 25 years in the convention and events industry.

Prior to joining Paysign, she served as director of marketing at Shift4 Payments where she oversaw a cross-functional team that handled all areas marketing and communications. Ches was instrumental in the content strategy that positioned Shift4 as a thought leader in their industry, and led her team through acquisition and complete rebranding in 2018.

Earlier in her career, she specialized in technical direction for live productions and audio-visual services for trade shows and events.

At Paysign, Ches is responsible for all marketing and communications activities and she oversees an in-house creative team.

Want to learn more? Let’s talk about how Paysign can help you achieve your goals.